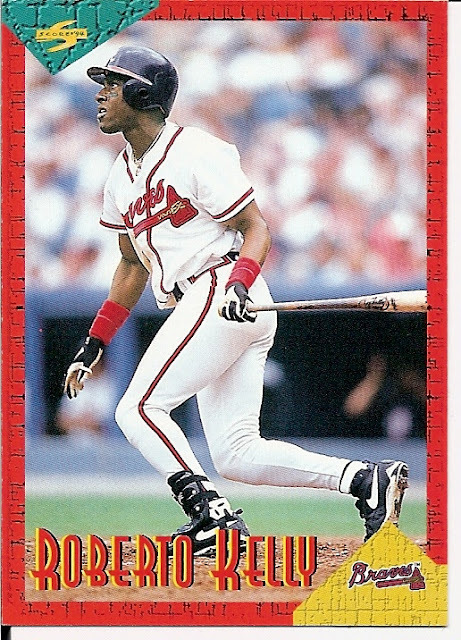 Front Design: A color photo appears inside a red "cracked" border, with a green accent in an upper corner with the Score '94 logo, and yellow tab in a lower corner containing the team logo. The player's name appears in a multi-colored shadow design at the bottom of the card. Rookie cards have two photos on the front.

Back Design: The dark blue/purple backs have two more player photos, in addition to position, team, vital stats, a short biography, and recent and career statistics. The card number appears at the bottom with an RT prefix. Rookie cards are horizontal with only one photo.

Parallels and Similars: This design is different from the regular Score set that year, but it was paralleled in a "Gold Rush" series, which have gold foil fronts and the Gold Rush logo in an upper corner. The parallels were inserted one per pack.

Distribution: Cards were released in hobby and retail packs with one Gold Rush card per pack. Two insert sets, Changing Places and Super Rookies, were randomly inserted; a redemption card was included 1:240 packs. The redemption card could be mailed in for a "September Call-Up" Alex Rodriguez card.

Thoughts: With the brighter primary colors in a stand-out design, this set screams 1990s, which means it's a love-hate kind of design. It's probably four years too late, as bright colors seemed to die around 1991 when the banana-colored Fleer set went rotten. I find it fun and fairly unique, showing some design initiative beyond the solid bordered straight-line designs many sets featured. While I know a lot of people won't like this set, it was a big step releasing a set like this amongst the other offerings of the year. 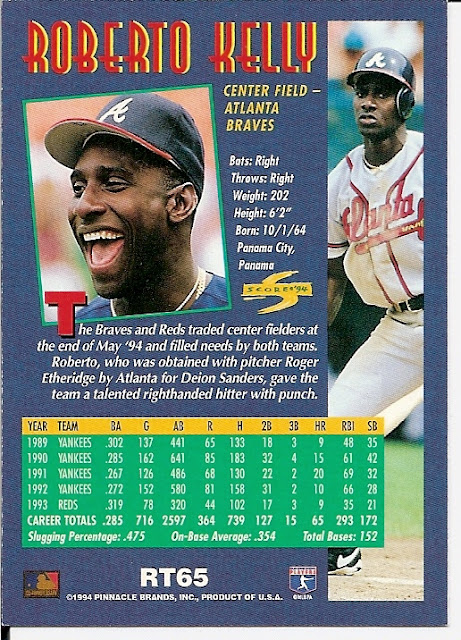