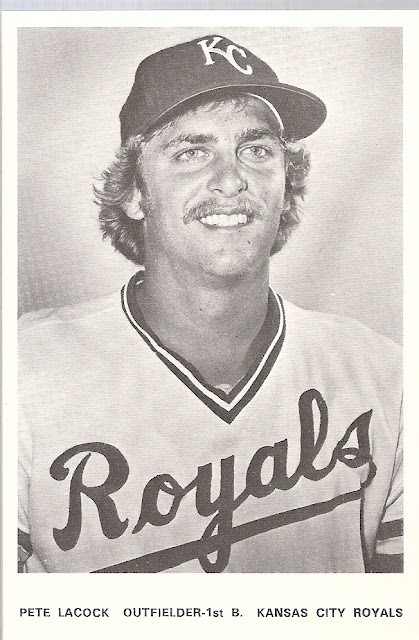 Front Design: A thin white border surrounds a black and white player photo, while the player's name, position, and team name appears at the bottom.

Parallels and Similars: None known, though given the simple design, it's possible there are other similar sets out there.

Distribution: Most likely these were originally given away or sold at the stadium, given the lack of any identifying marks and their cheap-production appearance.

Thoughts: Given the time period it was issued, the lack of design, stats, or color makes this a boring set. Player and team collectors would be the only ones interested in completing or collecting it (other than type collectors like me).
Posted by Ryan G at 2:59 AM