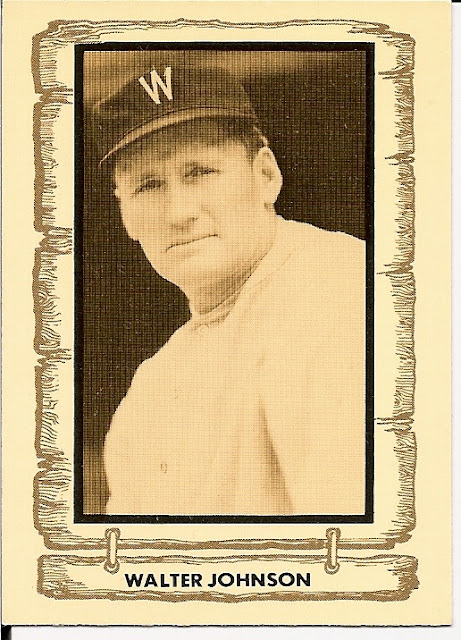 Front Design: A sepia photo with a thick black border is placed on a light brown wooden slat "sign" design, with the player's name "hanging" on a piece of wood beneath the photo. The borders are a dull yellow.

Back Design: The backs continue the wooden slat design, and are printed in brown. The player's name and basic vital statistics appear at the top. A short biography sits in the middle-left, while his career statistics are set slightly diagonal on the right. The set's name, date of issue, and card number appear across the bottom.

Distribution: This set was issued over four years via wax packs and in complete set version directly from Cramer. Each series was released as 30 cards, and the back of the card identifies which series you have. The final fifth series was a four-card box bottom set.

Thoughts: While the cards are fairly dull overall - plenty of sepia and brown to go around - the set isn't ugly. A modernized version of this set with better graphics would serve for a nice western-themed insert. The set is full of legends, as promised, and a complete set would provide one with a large number of Hall of Famers. Scott Crawford sent me one card from each series, and while they classify as "common" or "semistar" level for the set, they're all high quality players. Any set that has Duke Snider as a common has a good checklist. 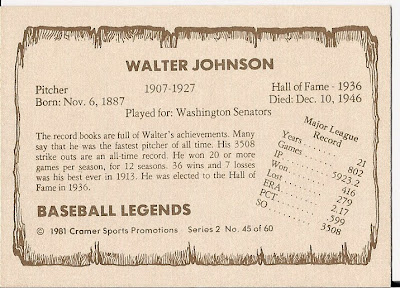