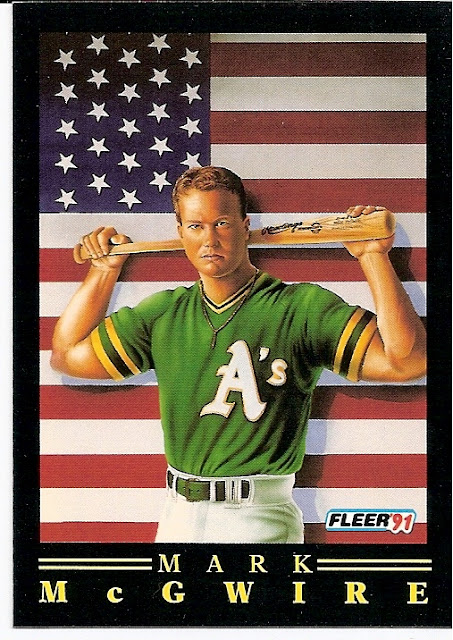 Front Design: These black-bordered cards feature artwork by Terry Smith. The player's strengths are accented in the artwork - McGwire above was known as a member of the Bash Brothers and this card shows him with larger-than-life arms. Jose Canseco's bat is being struck by lightning, while Dwight Gooden's glove is on fire. The art is surrounded by a black border; the player's name appears in yellow in the bottom border.

Back Design: The team-color coordinated, vertical backs contain the player's name and vital statistics, along with a lengthy biography relating to the art on the front. The card number and copyright information appears on the bottom.

Parallels and Similars: The Pro-Visions line continued for several years following this set, and look similar. The art was used in other baseball items, such as postcards issued by Barry Colla. An additional four-card set with F prefixed card numbers and white borders was released in factory sets.

Thoughts: The Pro-Visions line is one of my favorite insert series, and I have complete sets from every baseball issue in my TCIC collection. Being issued in the height of overproduction, the cards are easy to pick up cheap, and the artwork is attractive and creative. There have been many full-issue sets that came after Pro-Visions that tried to copy its appeal and failed. 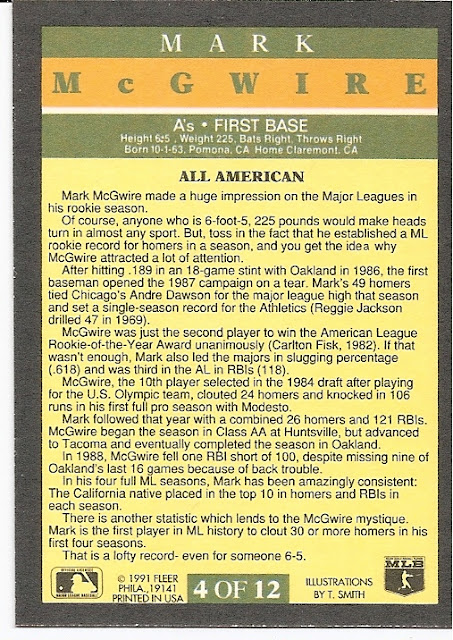