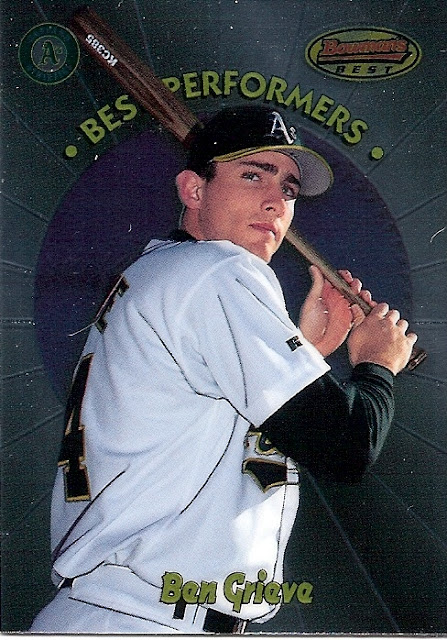 Front Design: A color photo sits over a background that could best be described as an iris or circular baggage carousel. The top of the card contains team logo, Bowman's Best logo, and the set name, while the player's name is centered across the bottom. The cards have a shiny chrome finish.

Back Design: The player's basic vitals and a short biography appear on the left, while a second color photo is on the right over a sunburst-style design similar to the front. The card back borders appear marbleized.

Parallels and Similars: This set was released with two parallels: a refractor version numbered to 200 and an atomic refractor numbered to 50.

Distribution: These cards were randomly inserted into packs of Bowman's Best at a rate of 1 in 6.

Thoughts: Some Bowman's Best inserts are exciting, but the uninspired background on this card means I'll pass on collecting it. The set contains the ten best minor league players of the 1997 season, so in 1998 it would have been quite popular. I have yet to see the refractor and atomic refractor versions in person, which could be stunning. 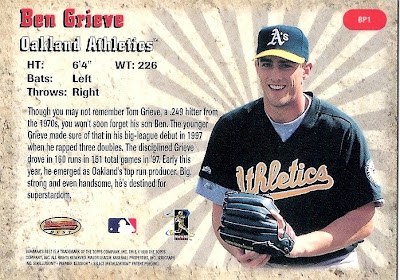