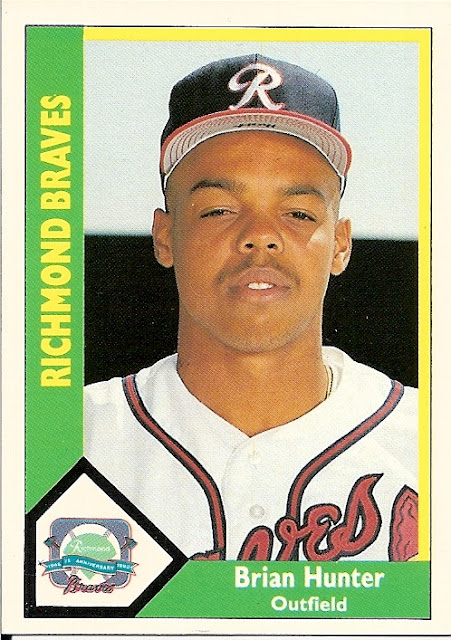 Front Design: A color photo appears inside a green and yellow frame. The team name appears on the left side, with the player's name and position on the bottom edge. A team logo is positioned inside a home plate in the lower left.

Back Design: A sponsor's logo appears at the top, followed by the team name and affiliation. A cropped version of the front photo appears in a gray box, while the player's name, jersey number, position, vitals, and minor league statistics are to the left. The cards are numbered in an overall master set scheme at the bottom, while the team set card number appears in a circle above the player's name. Team set cards have a minty green back, while this actual card comes from a larger release (thanks Jason!).

Distribution: Cards were sold through team stores, dealers, and the manufacturer in team set form, packaged in a plastic wrapper. Only 1100 sets were manufactured.

Thoughts: This is one of the more uninspiring designs in the era of overproduction. Adding to the issue is the ready availability of these sets, purchased in bulk by speculators and now dumped back on the hobby, full of players who never made it to the majors. Every team set has a few stars, and Brian Hunter spent some time in the majors, though he never attained stardom in nine seasons with six teams. The Richmond Braves are no more, playing now in Georgia as the Gwinnett Braves.

Additional Images: not exactly the card back: 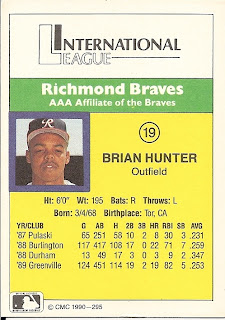 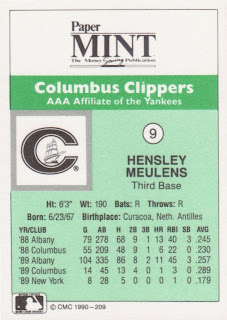