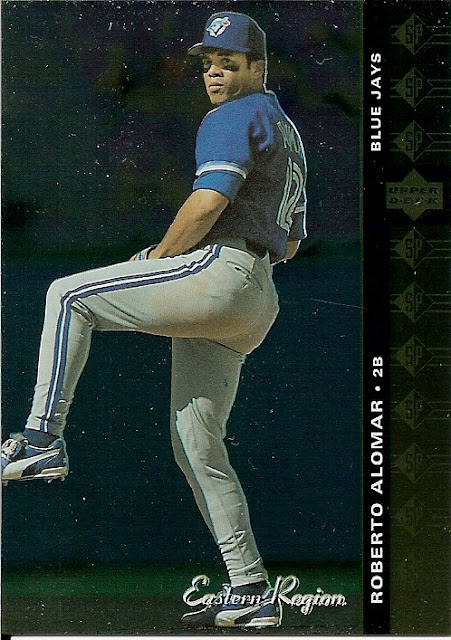 Front Design: The design is identical to the 1994 SP set, with a color photo on foil cardstock. The player's name, position, and team appear in a black banner, set sideways along the right side, with a gold band of SP logos taking up the far-right border. The region of distribution (see below) appears in the bottom right corner of the photo where the team name is located on the regular issue.

Back Design: Again, the design is the same as the 1994 SP set. A color photo uses most of the card back, with a black border on the left side containing the player's name and a career highlight; the card number is in the upper-left corner with an ER, WR, or CR prefix. The bottom of the card contains vitals and best and recent season and career stats.

Parallels and Similars: The set is identical to the regular SP set except for the region on the front and card number on the back. There is no die-cut parallel for these previews, though there was for the base set.

Distribution: Cards were inserted into Upper Deck Series 2 at a rate of one in 35 packs. The fifteen card set was divided into regions; west, central and east regions contained five cards each of regional stars. In order to complete the set, one would need to buy from or trade with people in other parts of the country.

Thoughts: I remember when these first came out. At the time, I was living in Atlanta and purchasing boxes from a store in San Jose, so I was one of the few with western region previews on the east coast. I don't remember what I did with the cards - they're probably still sitting in my collection in George. I tend to dislike foil cards like this because it detracts from the quality of the image, though the SP logo on the right side looks nice. 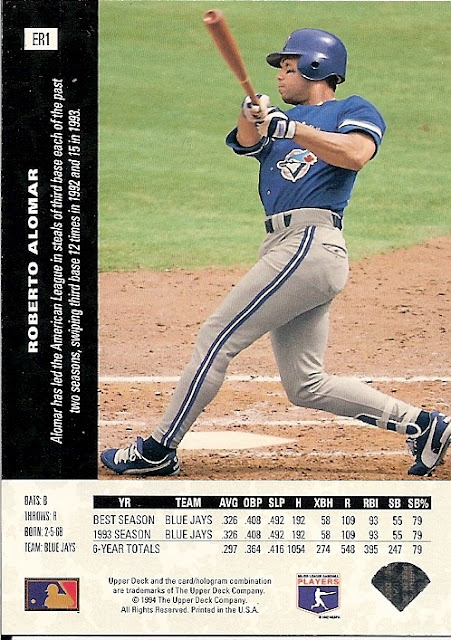