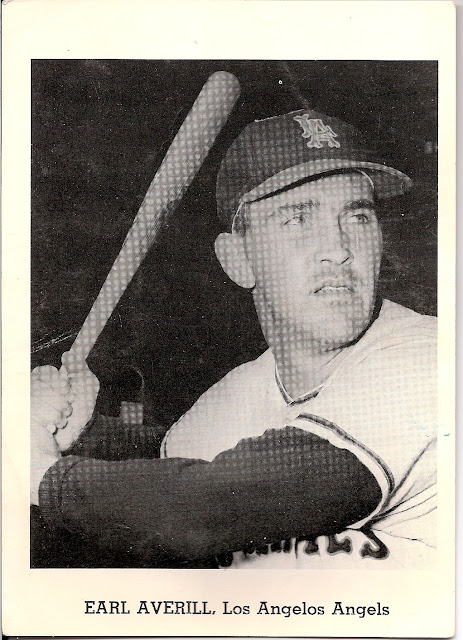 Set size: 12-5x7 photos.
Front Design: A black and white photo sits inside a thick white border; the player's name and team appear at the bottom.

Parallels and Similars: There are many issues by Jay Publishing over several years. Most issues of this era have the same design, and there are no markings to identify the date. There are additional similar issues (such as the late-50's to early-60's Dodgers team issues) that have slightly different markings.

Distribution: These 5x7 photos were sold in packs of 12 as stadium souvenirs. You could also buy them in stores and order them directly from the company. Each year a new set would be made, and as players were added or removed from teams the content of the sets would be updated. Sets were issued for several teams in several seasons, and identifying the actual year of release is quite difficult without a complete pack or set - the intact packs contain the date and a full set can help identify the year due to trades and new teammates.

Thoughts: I dislike the lack of information on these photos. For single-item collectors such as myself (and player collectors), these will be a nightmare to fully unravel. I'm going through a similar issue with a '58-65 Dodger Team Issue - I have no comparisons to identify which set it came from. On the other hand, having a collection of 5x7 photos is a fantastic way to collect autographs - the larger size makes them great for pinning on a wall. The set I bought this from was glued to something at some point, and there's some signs of that on the back.

Additional Images: An intact picture pack. Note the date of issue included on the plastic cover. 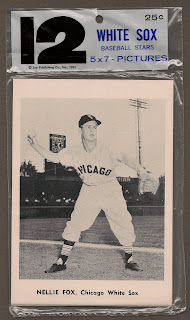