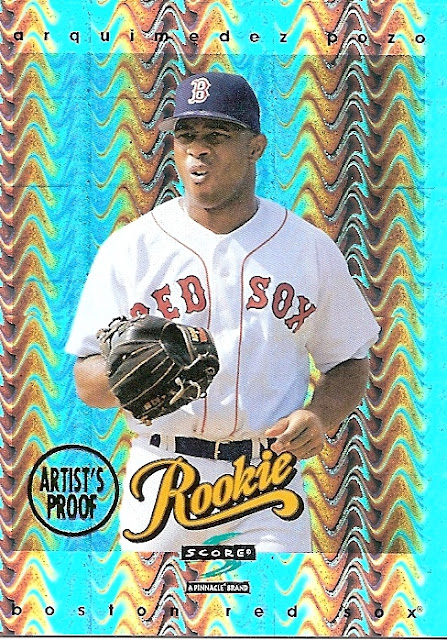 Front Design: The cards parallel the 1997 Score base set, which has white borders with the player's name and team appearing at the top and bottom of the card in lowercase letters. The Score logo appears at the bottom of the color photo. The Showcase Series Artist's Proofs are distinguishable by the wavy holographic foil and Artist's Proof "logo" in the corner.

Back Design: The backs are identical to the 1997 Score release. The backs are full of information; after a fading color stripe with the player's name, team, and position, his vitals and career statistics fill the card, with remaining space used for a career highlights biography.

Parallels and Similars: This card is a parallel of the 1997 Score set, differing mostly by the holographic foil. The more readily available Showcase Series featured normal silver foil. There is a second Artist's Proof parallel released in series 1 retail packs, without the silver foil.

Thoughts: This is one of the most psychedelic card parallels I've ever seen, and really defines the 1990s parallel shiny craze. On that note, it is a fun card to look at if it doesn't make you feel dizzy. 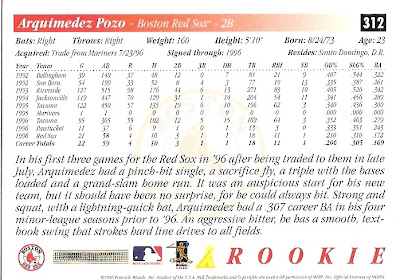