This weekend I've posted four sets, including the one below. All five cards displayed over the weekend were recent pickups at the Alameda Antique Fair. 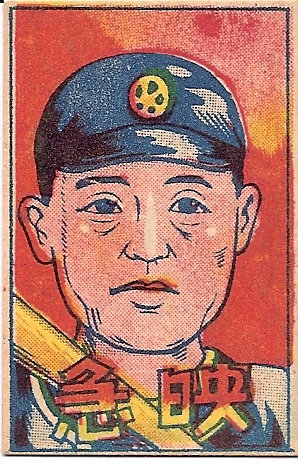 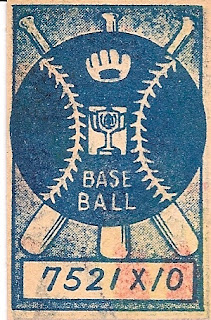 Set size: Unknown. These cards are approximately tobacco-card sized, though they are a little wider.

Front Design: Japanese Menko baseball cards tend to feature either a specific or generic player in a comic book-style image. A minimal amount of Japanese text accompanies the image.

Back Design: The backs of this design are relatively identical, and are printed in blue ink. Three crossed bats sit behind a large black baseball. The image of a glove and trophy, and the words "BASE BALL" all appear horizontally between the two seams of the ball. A six-digit code in the format ####X## appears in a white box at the bottom.

Parallels and Similars: There are many menko sets, and without a guide I'm unable to identify the details of this set.

Distribution: The story of Japanese cards - and menko in particular - is fairly interesting. Cards like these got their start for use in games, though Americans serving in Japan frequently brought the cards back with them.

Thoughts: I love the art on these cards. They look awesome in person, and it doesn't matter if I don't know who the player is or if it's a real player at all. It's like a little slice of a comic strip removed from its context. Maybe the batter above is staring down the pitcher because he just got a brush-back pitch. Maybe the runner in the card below is about to steal third or score the winning run to win the championship. Once I buy a guide to Japanese cards I'll be able to revisit these two and determine what I have and where they really came from. Until then, these are highly welcome in my collection.

Additional Links: While it's mostly a sales outlet, there is some information on Japanese cards at Rob's website.

Additional Images: A second example bought with the first card (front and back): 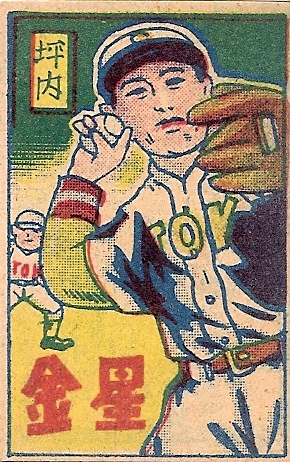 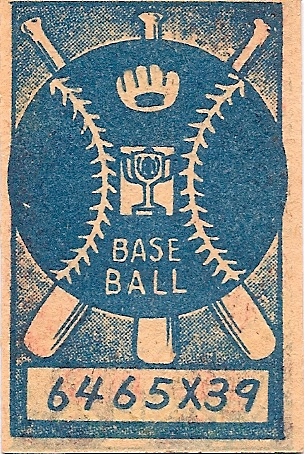 Email ThisBlogThis!Share to TwitterShare to FacebookShare to Pinterest
Labels: japanese