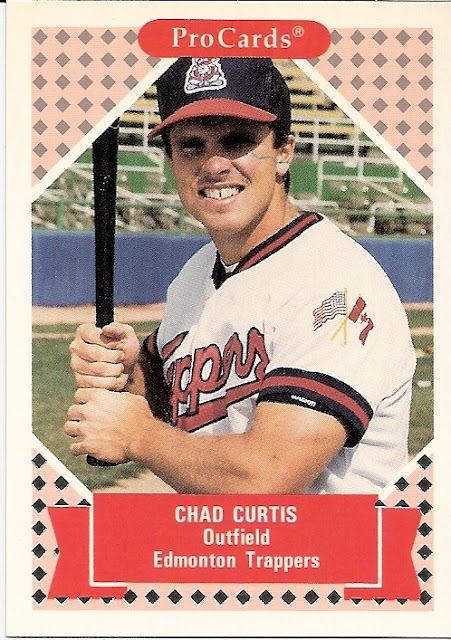 Front Design: A player photo appears in a white diamond-shaped box, surrounded by small gray diamonds at the top and silver foil diamonds below over a pink background. The player's name, position, and team name appear in a red banner at the bottom while the ProCards logo is at the top.

Back Design: The backs contain the player's name and position in a red box at the top, followed by team details, vital statistics, and career minor league statistics.

Parallels and Similars: I'm not aware of any, though they may exist.

Distribution: Cards were sold in 12-card packs, and the set was fairly limited (Beckett reports 1009 cases).

Thoughts: Poor Chad Curtis needs some sunglasses after sitting in the clubhouse playing Super Mario Brothers for several hours. The use of foil is fairly new for baseball card sets at the time this card was released, though the design is fairly basic. It is much more attractive than the ProCards notebook set design. I suppose they wanted to go all-out for this limited edition set featuring the best of the minor leagues?

Thank you, Jason, for your help (see comments). 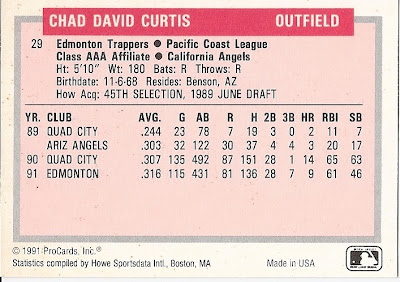