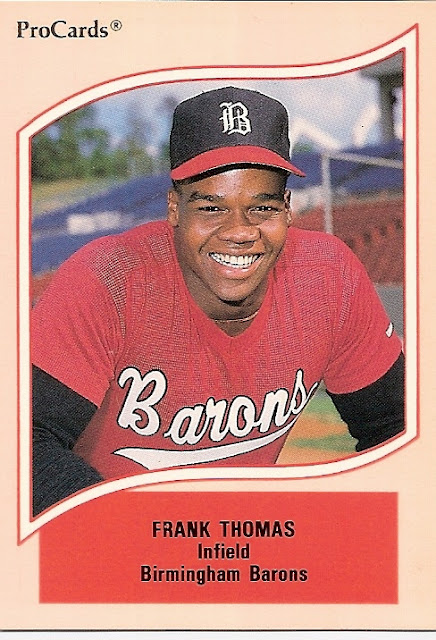 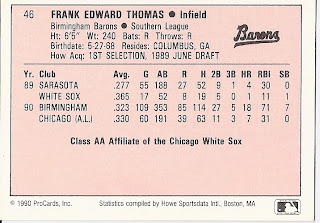 Front Design: a neon orange background surrounds a wavy-cropped, red and white bordered photo and red box with the player's name, position, and team at the bottom. The ProCards logo appears in the upper left. (See Jason's comment below.)

Back Design: The backs are similar to most 1990 ProCards backs, with vitals and minor league statistics.

Parallels and Similars: None known. ProCards team sets feature a woodgrain plaque design, and the AAA sets have white or green borders.

Distribution: Cards were issued in packs and complete set form.

Thoughts: The bright colors make these easily found in most card stacks. I'm not sure if that's a good thing, given the number of players who didn't make the major leagues. There are several standouts in the set, though, including Frank Thomas and Jim Thome.
Posted by Ryan G at 4:30 PM