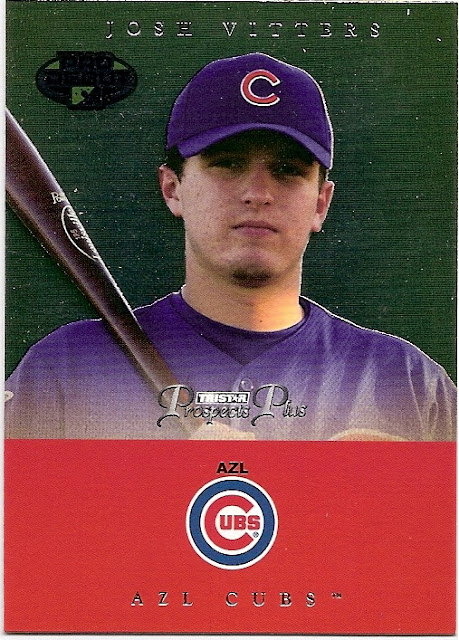 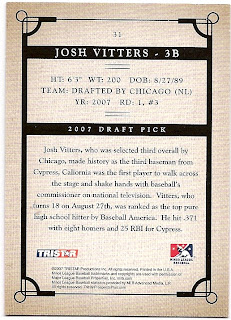 Front Design: A player photo takes up the top two-thirds of the card, with a colored band beneath holding the team logo and name in foil. The player's name is printed in foil across the top of the card.

Back Design: The backs have a tan document color, with a frame surrounding the text. The player's name and position is in a black band, followed by biographical data. Beneath a second informative black band is a brief career biography.

Parallels and Similars: Four parallel sets were included with this issue, all serial-numbered to 50 or less and autographed.

Distribution: Cards were distributed in pack form; each pack has seven cards, of which one is an autograph.

Thoughts: The release, overall, could be a very good deal. Getting ten autographs guaranteed in a box for about $60 could prove valuable if you pull one of the stars: Heyward, Moustakas, Bumgarner, Rasmus, Rizzo, and probably other names I don't recognize yet appear in the 100-card checklist. The base cards are uninspired and have a lot of empty space for no reason. This set isn't about the base cards, anyway.
Posted by Ryan G at 3:00 AM

Email ThisBlogThis!Share to TwitterShare to FacebookShare to Pinterest
Labels: 2007, prospects plus, tristar