1993 Upper Deck Supers: Off the grid and bigger than life! 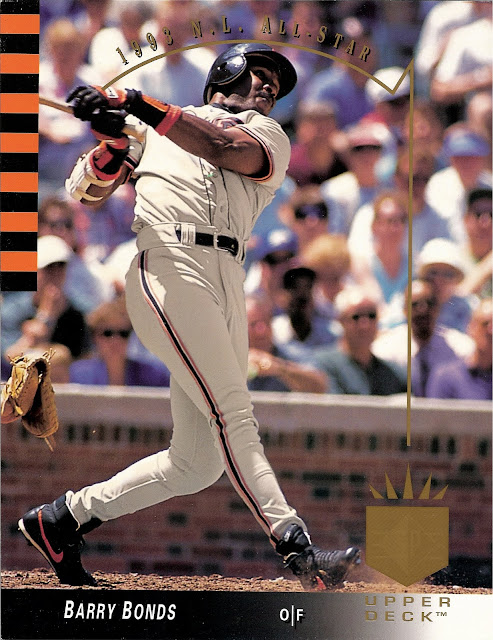 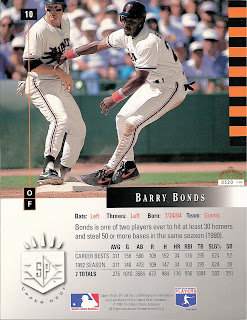 Back Design: Again, the backs are reprints of other designs in a jumbo size, with one addition: cards are serial-numbered in a special logo placed somewhere on the back.

Parallels and Similars: These cards are jumbo-sized parallels of other issues.

Distribution: It is unknown how these cards were distributed. I wouldn't know where to begin looking for information, short of asking Upper Deck themselves - and even if they responded to an email I doubt they would know or bother finding an answer. Possible methods of distribution could include dealer premiums or previews, card show/convention premiums, or special local test issues released only in California. It's possible they were sold or given away at Heroes of Baseball events (again, possibly as test issues), as they have the same feel as the sheets released for that series. All this is speculation.

Thoughts: First and foremost, if you have any information on this set, please let me know! I'm a big fan of oddballs, especially odd-sized issues such as this. It's quite rare for a release by a major manufacturer to not be cataloged by Beckett. They're listed in the SCD guide (page 1545 of the 2009 edition). Perhaps someone who gets their hands on an updated SCD could check to see if there are any updates. I came across a handful cards from this release several months ago and picked up two examples - the Bonds above and the Finley below. I should have bought them all.

Why is Barry Bonds on the same base as another Giant? Somebody is OUT.

Checklist: cards are numbered below according to their original card number. Print runs were 1000 for most cards, with differences in parentheses. Issues copied other than 1993 are also noted below. If you have any additions to this list, please let me know! 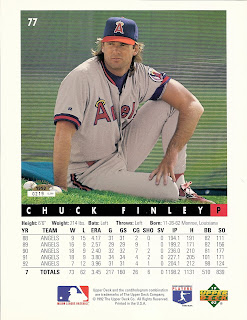 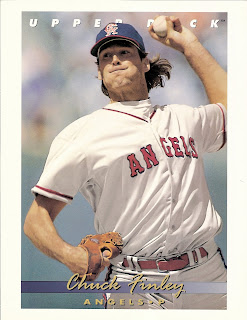