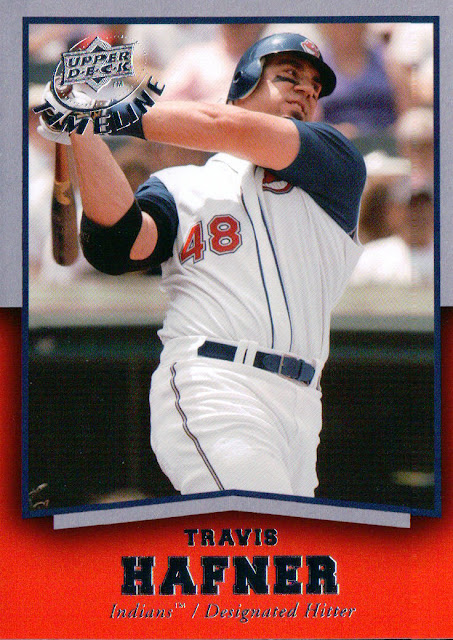 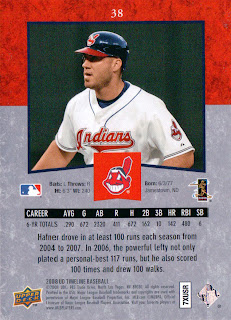 Parallels and Similars: There are partial parallels in this set. The first 100 cards have a gold parallel, the 1994 All-Time Heroes set has a 20th Anniversary parallel, and the 2004 Timeless Teams set has both silver and gold parallels. While this set borrows designs from previous releases, all cards are easily distinguished by text on the back identifying this as "2008 UD TIMELINE BASEBALL."

Distribution: Cards were sold in hobby and retail packs; hobby boxes had 18 packs of 8 cards each, and six of the eight cards were from the 285 card short printed set. Only the 2004 Timeless Teams and 1993, 1994, and 1995 SP designs were actually short-printed. Retail packs had six cards, with about 2 short prints on average.

Thoughts: The base design is solid, and the concept behind Timeline is nice, but the execution really hurts. Hobby boxes really are the way to go, with a better assortment of cards using the retro designs that make up the "SPs" in the set. Putting a set together would be challenging but with a couple $40-or-less hobby boxes one could really tackle a majority of the set in a hurry. Upper Deck chose some of the right products to honor in the SPs but the only base set I've put together with throwback designs (excluding pre-WW2 designs) is Topps All-Time Fan Favorites.
Posted by Ryan G at 3:00 PM