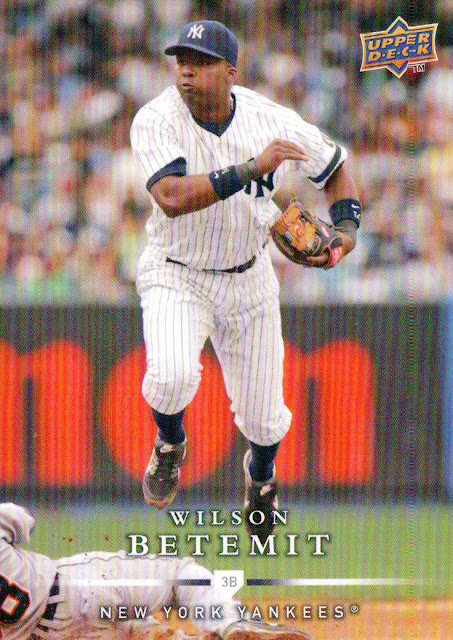 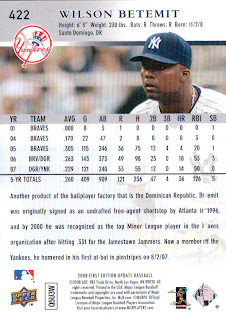 Design Notes: There wasn't much to Upper Deck's flagship and First Edition designs in the mid 2000s, and I like that. The UD logo is in an upper corner, and the player's name, position, and team are at the bottom with minimal obstruction over the photo. The position is in a home plate over a small horizontal chromatic band. The back contains another color player photo, statistics, and a biography.

Distribution: Cards were sold in 99-cent packs, with nine cards plus one Starquest insert card per pack. The set was issued in two series, and also sold as a complete box set.

Thoughts: Using the same photos and glossy card stock like flagship Upper Deck, this set doesn't distinguish itself much as a unique product. The checklist is smaller and packs are less expensive, which made this set good for younger collectors to chase, just like Topps Opening Day has been doing. If I didn't collect the flagship Upper Deck set, I might be interested in this one, since it would be less expensive to build a complete set from packs or boxes.
Posted by Ryan G at 3:00 PM