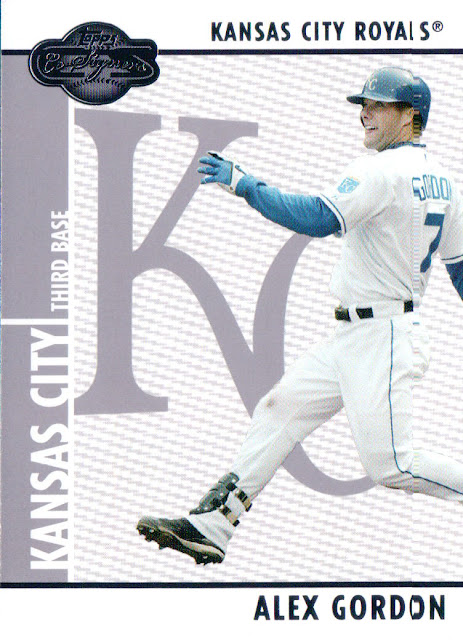 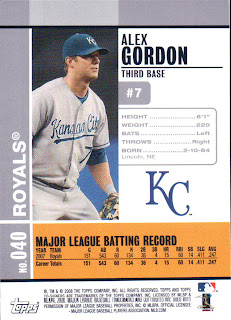 Design Notes: Fronts are almost exclusively gray with silver foil. The background behind the photo is a slightly-styled team logo; the player's name is in a white bottom border and the team name is in the white top border; the team city and player's position are along a side border. Backs carry over the grey design, with another player photo, biographical stats, and some statistics.

Parallels and Similars: Stick with me here. There are Silver and Hyper Plaid versions for each of the following colors: red, bronze, blue, green, and gold. Hyper Plaid also has a silver version. That's 11 parallels so far. But each of those parallel sets also has a dual-player variation for the 100 regular base cards, making a total of 22 parallel "sets" for this product. Add five more parallels for the five different printing plates inserted into the product.

Thoughts: The gray-heavy cards are dull at first glance, and at second glance are way too busy. But on the other hand, the photos stand out a lot over the overcast background. Unless you're Alex Gordon wearing a faded blue undershirt. The base cards aren't really the point in this issue, and the parallels look okay. This isn't a base set I'd put together, but it doesn't give me seizures either.
Posted by Ryan G at 3:00 PM