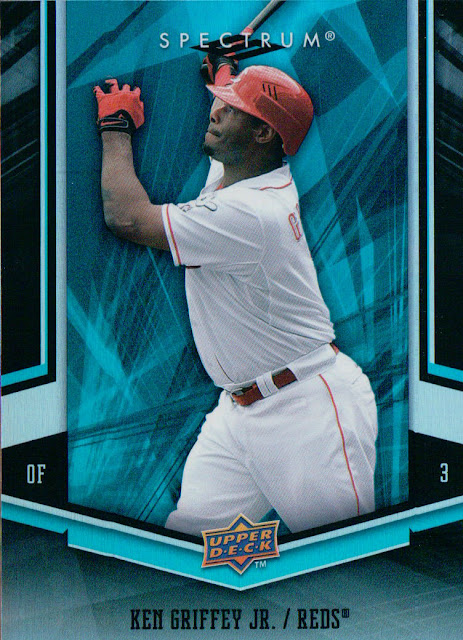 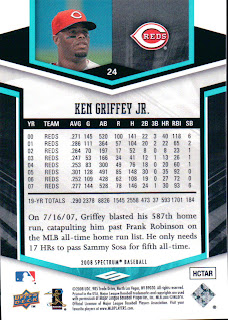 Design Notes: These foil-board cards have Upper Deck's typical modern design with lots of angles, which form a sort of downward-facing arrow pointing to the player's name and position at the bottom. Backs carry the design elements from the front and have a headshot and team logo at the top, along with recent and career total statistics and a short highlight paragraph.

Parallels and Similars: Parallels come in blue, gold, green, orange, and red, plus printing plates. All the parallels are serial-numbered to different quantities.

Thoughts: Upper Deck released a whole bunch of forgettable products in 2008. While Spectrum is an attractive set, it doesn't stand out. A really nice multicolor holofoil background would have been much better on this set. Oh well - I suppose having the rainbow of parallels would work instead. Griffey doesn't look exactly flattering in this shot, either. Better cropping would have been nice. Spectrum was good enough to come back in 2009, at least.
Posted by Ryan G at 3:00 PM