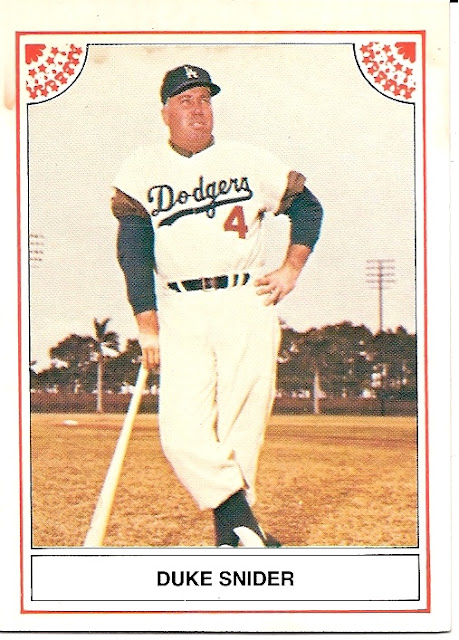 Front Design: A color or black and white photo of Duke Snider appears in a thin black frame, and his name appears beneath the photo in an identical frame. A thicker red line surrounds both in the white borders, with red bunting in the upper corners. 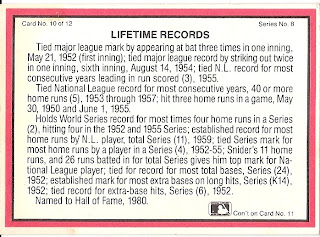 Back Design: A red and black border surrounds part of a "story" of career highlights that carries over from card to card.

Distribution: Cards were most likely sold through hobby means - either by ASA or through distributors and dealers. Card number 1 is available autographed and serially numbered to 2000, but entire unsigned sets were also available.

Thoughts: The design feels like a TCMA issue, and ASA might have been inspired by TCMA. ASA stands for Authentic Sports Autographs, a company which issued several similar sets in 1983 including stars like Joe DiMaggio, Willie Mays, and Hank Aaron. Mickey Mantle had a 72-card set in 1982, also issued with an autographed version.
Posted by Ryan G at 3:00 AM