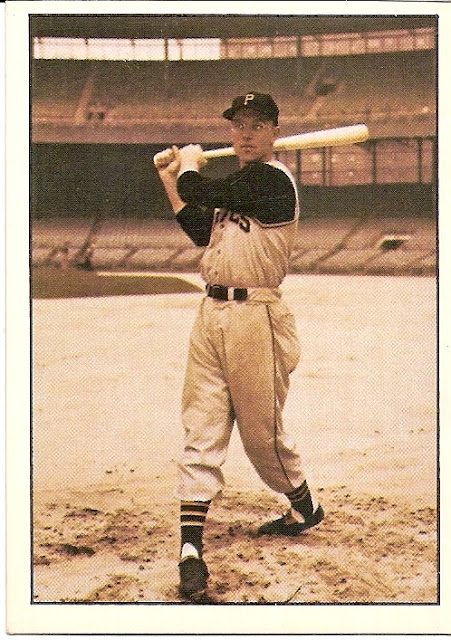 Front Design: A player photo with a thin black border is printed on white-bordered cards. There is no writing on the front. 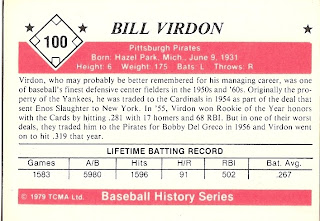 Back Design: The back has a basepath surrounding the card number, and the player's name at the top. A red band contains vitals, which is followed by a career biography. Lifetime stats finish up the card before a second red band with copyright information and the title "Baseball History Series."

Parallels and Similars: Several TCMA sets follow this basic design, and identifying the exact set usually involves checking the card against a database.

Distribution: TCMA sets were generally sold by the company and through hobby channels.

Thoughts: I could easily dismiss this set because of the lack of design on the front, but the simple concept is great for all the themed sets TCMA produced over the years. While their sets dealing with post-1950 players aren't as important, several TCMA sets feature World Series champion team sets and players from pre-World War 2, not to mention all the minor league sets issued in the 1970s and later.

This particular card stands out because of the photograph itself. What must be Forbes Field is clearly visible in the background (correct me if I'm wrong), but is Virdon standing on sand? Or is that snow? I first thought it could be fluffy frozen water, but the more I study the card, the less I'm sure.
Posted by Ryan G at 3:00 AM