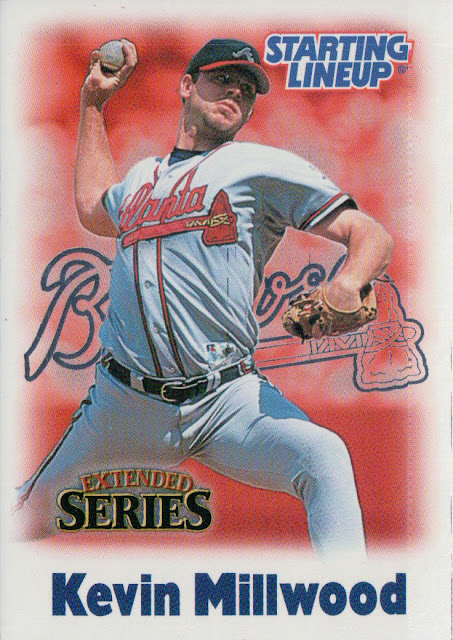 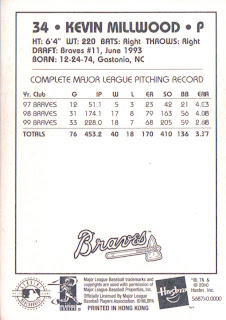 Design Notes: The cards use the same design as the other 2000 SLU issues, with a red-tinted background. The backs are black on white. "Extended Series" is in the lower left of the card front in a logo style.

Parallels and Similars: As mentioned, (I think) all the 2000 Starting Lineup cards have the same design. The set easily identified by the "Extended Series" logo on the front.

Thoughts: If it wasn't for the logo, identifying which set each card came from (if separated from its packaging) would be impossible. I like the design, though - simple and modern but not boring. The checklist is pretty impressive (as with most smaller sets) - Griffey Jr, Gwynn, Chipper Jones, Ripken Jr, and A-Rod are all in the Extended Series.
Posted by Ryan G at 3:00 PM