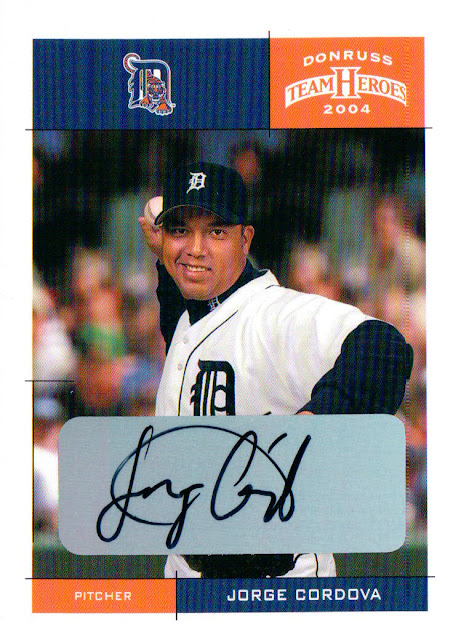 Design Notes: The 2004 Team Heroes set has white borders with rectangular boxes at the top and bottom containing logos and the player's name and position. The design is almost the opposite of 2005 Donruss (where there's a small box of rectangles inside the photos). It's simple but attractive. A large signed silver sticker is placed over the photo.

Parallels and Similars: This set is a partial parallel of the 2004 Donruss Team Heroes set.

Distribution: Cards were randomly inserted into packs of Team Heroes. While the checklist is large, each card is available in differing quantities. Many players don't have an announced print run, but these are only commons or local stars. Players like Mike Piazza and Tom Glavine have print runs of only 1 card! Oddly, Nolan Ryan seems to have five cards per team.

Thoughts: Team Heroes is, unfortunately, a forgettable product released at a time when there were way too many releases every week. While it's a nice design, it doesn't stand out as a great design, and most people probably forgot this set even existed! Collecting the entire autographed set is virtually impossible due to so many players (52 by my count) having 1/1 autographs and eight more having print runs less than 5. 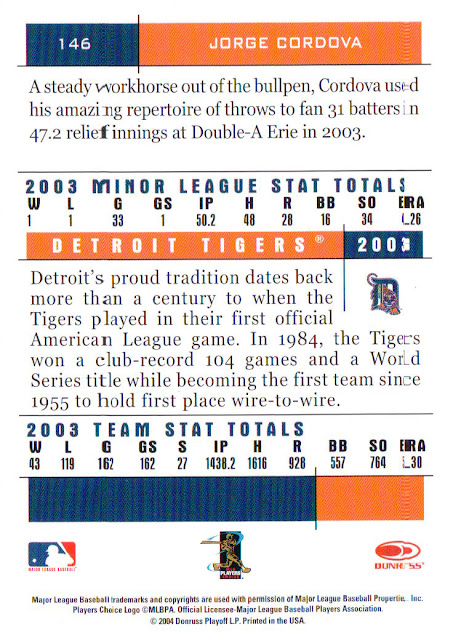