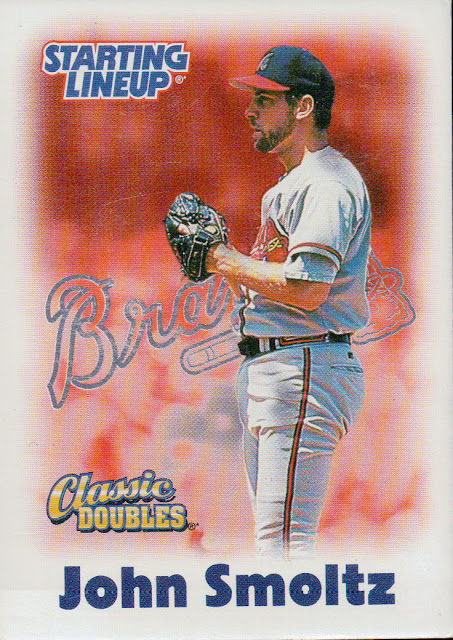 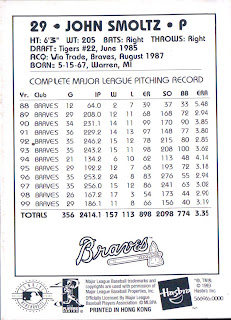 Design Notes: The cards have a red-tinted background, and the player's name appears at the bottom. This set is identified by the Classic Doubles logo in the lower left. The backs are black on white with career statistics.

Parallels and Similars: Most 2000 Starting Lineup sets use the same design and can be distinguished by the inclusion (or lack of) a logo as seen and mentioned above.

Distribution: Cards were packaged with Starting Lineup Classic Doubles figurines. Two cards and two figurines were in each package; there are five different packages. John Smoltz was packaged with Pedro Martinez.

Thoughts: As a bonus included with an action figure, the card is fairly attractive. It's not a great stand-alone design, and the back is pretty plain for a 2000-era release. However, I like the novelty associated with Starting Lineup cards and figures.
Posted by Ryan G at 3:00 PM