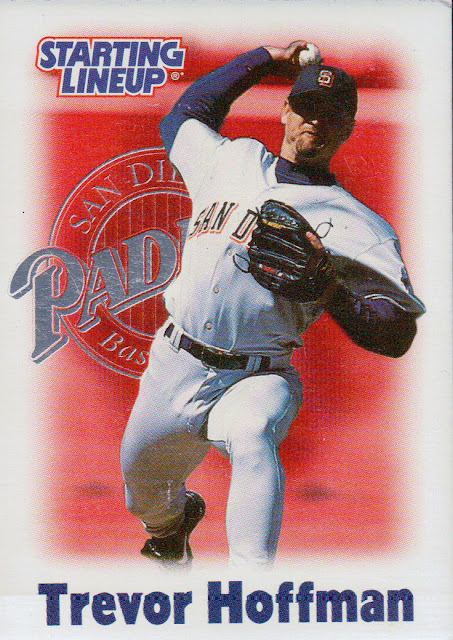 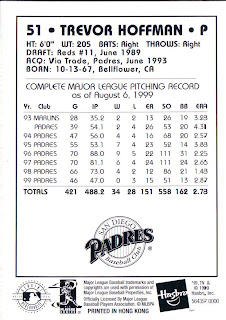 Design Notes: The player's photo appears on a red background. The backs are black on white with career statistics through 1999.

Parallels and Similars: Several subsets issued in 2000 have the same design with a logo in the lower portion of the card; the regular version has no special logo.

Distribution: One card was included with each Starting Lineup action figure.

Thoughts: As I mentioned yesterday, the 2000 issue Starting Lineup cards aren't horrible looking. I like the inclusion of the gray team logo in the background behind the player, adding an extra dimension to the image.
Posted by Ryan G at 3:00 PM