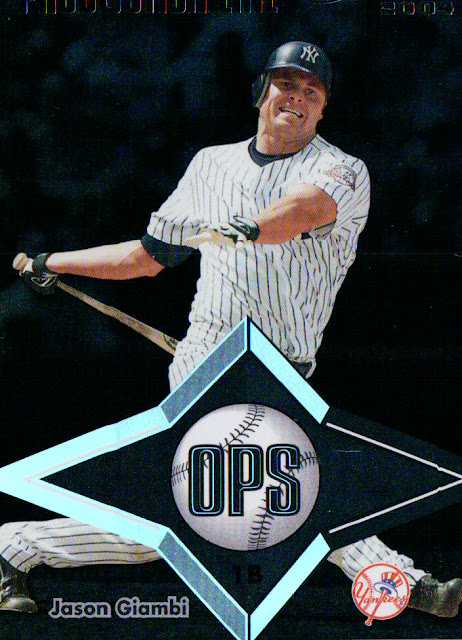 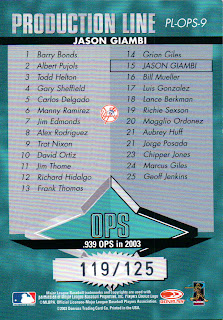 Design Notes: A diamond shaped logo holds a baseball identifying Giambi as a leader in OPS. The fronts are mostly black other than the player's photo. Unfortunately this means a little bit of my card's image was cut off by my slightly inferior scanner. Backs list the top 25 players in OPS.

Parallels and Similars: This is the black parallel. The regular insert has color to it, and a die-cut version was created as well. There are a few Production Line sets under different categories.

Thoughts: I like sets that recognize leaders in categories and award winners, so the set concept is pretty nice. However, the set doesn't include some of the leaders in this category, and the checklist isn't numbered according to actual OPS. The insert has a nice modern look to it, and the black parallel looks even more sleek. With a few minor tweaks to the checklist, I could have been happier with the set.
Posted by Ryan G at 3:00 PM