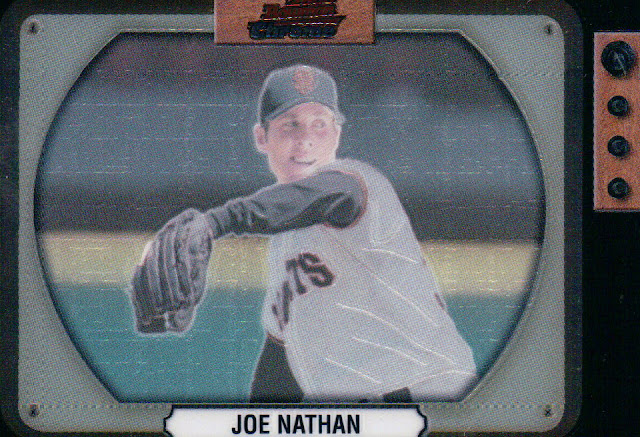 Design Notes: This set is a parallel to the regular 2000 Bowman Chrome issue, but all the cards use a television border similar to the 1955 Bowman set.

Distribution: Inserted one in six packs of Bowman Chrome.

Thoughts: Before Bowman Heritage issued a real throwback version of the '55 Bowman issue, this parallel served a similar function. I wonder if some of the 1990s sets that have nods to the internet and computers in their designs will be as lovingly remembered as much as this just-as-gimmicky design from the early days of television.
Posted by Ryan G at 3:00 PM