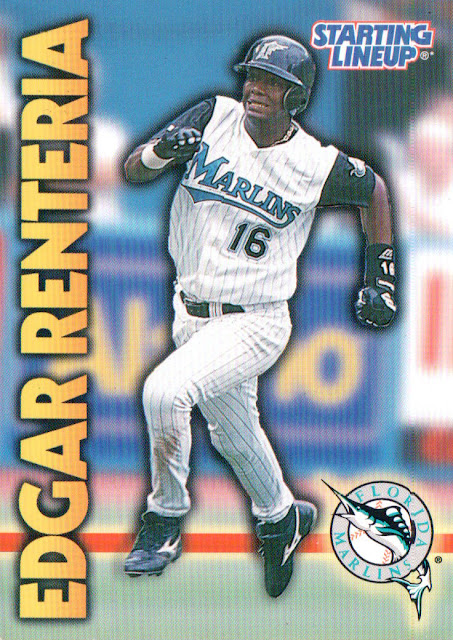 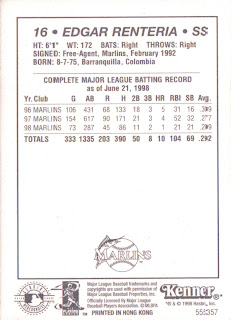 Design Notes: The 1999 set has the player's name on the left-hand side, and the player's photo jumps from the background with a black shadow effect. The backs are black on white.

Parallels and Similars: Unknown, though other 1999 issues might use the same design.

Distribution: Cards were packaged with action figures of the pictured player.

Thoughts: This is a very vibrant design, with the graphics and player photo really standing out. Included with a toy, the cards have a very kid-friendly design. It also looks very much like the designs Fleer created in the late 1990s. Interestingly, despite the cards being part of the 1999 issue, the statistics only include about half of the 1998 season, and the cards carry 1998 copyrights.

For those of you who read every day, don't worry. I'm done with SLUs for a while!
Posted by Ryan G at 3:00 PM