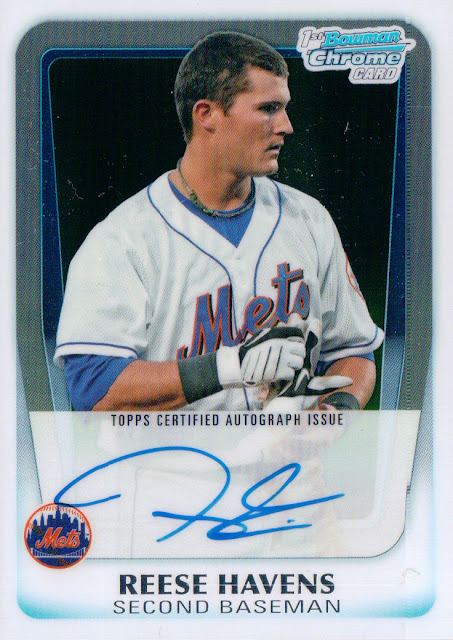 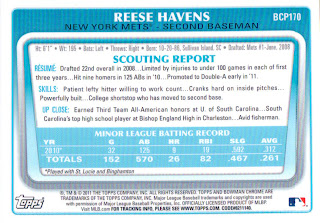 Design Notes: The set uses the 2011 Bowman design with white borders, since the players are prospects. A white semi-opaque box at the bottom holds an on-card autograph.

Distribution: Cards were randomly inserted into packs of 2011 Bowman products. Refractor versions are numbered between 1 and 500.

Thoughts: Bowman's rookie autographs are some of the most sought-after because they are usually a player's first MLB-release autograph. However, out of the 70 players in this set, only one or two might make it big. Reese Havens, for example, had a successful 2010 and a good 2011 in the minors, but hit only .215 in 2012 with the Mets' AA affiliate.
Posted by Ryan G at 3:00 PM