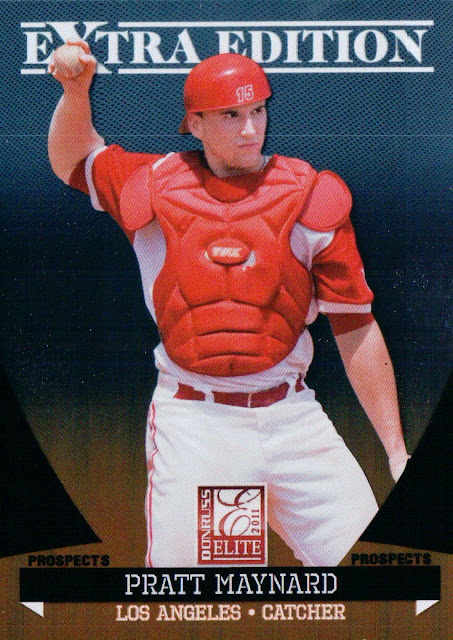 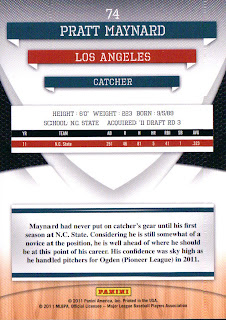 Design Notes: A teacup-shaped border (meant to be a shield shape, most likely)  surrounds a photo of the player - backgrounds fade from black to brown and no team logos are found on the cards. The player's name, team location, and position are at the bottom, and "PROSPECTS" appears above the player's name on the left and right for prospects cards. Backs follow the same basic design and include a short biography and recent statistics.

Parallels and Similars: The Base and Prospects sets each have four regular parallel sets plus seven autographed parallel sets. The "base" Elite Extra Edition set differs only by the lack of "PROSPECTS" notation on the front of the card.

Distribution: Cards were included in packs of Elite Extra Edition - since the Prospects set is almost eight times larger than the base set, more of those cards appear in packs.

Thoughts: EEE has never really appealed to me. I'm not a prospector and the design doesn't interest me. On the other hand, one of the cards I pulled from a pack is quite scary and that makes it worth looking at (see below). Because the college logos for prospects are airbrushed out, the one redeeming quality of these sets (seeing college logos) is gone. I guess you can still see the team colors, which are usually different from MLB colors. You can almost make out Dillon Maples' hat logo - and is that a military camo style hat he's wearing? 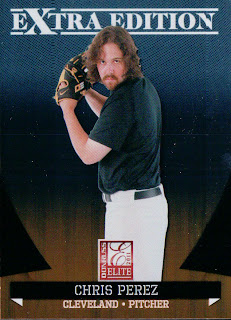 Scary! And not a prospect! 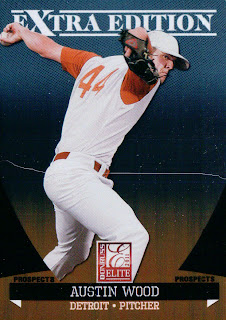 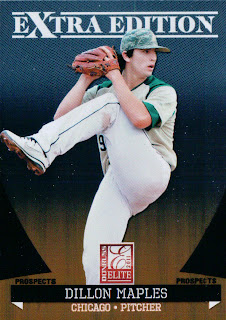 And one last prospect.
Posted by Ryan G at 3:00 PM