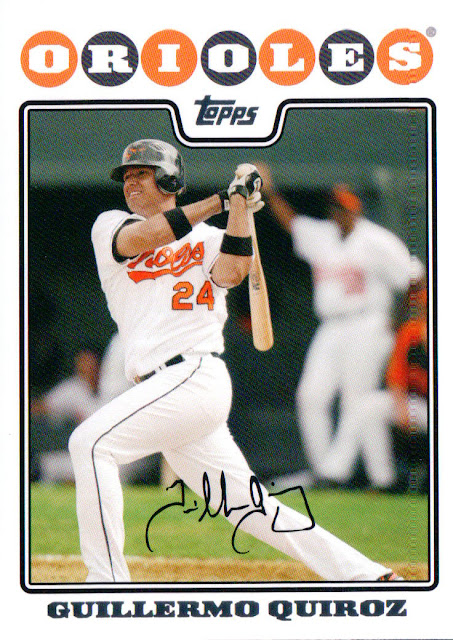 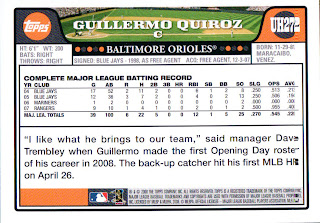 Design Notes: As a part of the flagship issue, Updates and Highlights uses the same design as 2008 Topps, distinguished by the team name at the top in alternating team-color circles.

Parallels and Similars: There are several 2008 Topps issues using the design, but the only set that looks identical is the flagship issue this follows up. Parallels are similar to the Series 1 and Series 2 releases: gold foil, gold border, black, platinum, printing plates, silk, and a Chrome refractor rookie parallel.

Distribution: Two cards were inserted into each pack of 2008 Topps Heritage High Numbers. U&H has its own boxes, with 36 packs per box and 10 cards per pack. HTA jumbos and retail packs were also released.

Thoughts: There's not much to say here that hasn't been said about the flagship 2008 Topps set. The rookie selection in this set is one of the strongest in years.
Posted by Ryan G at 3:00 PM