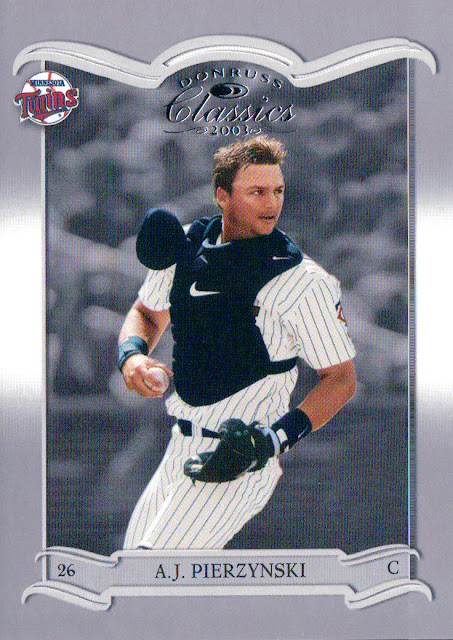 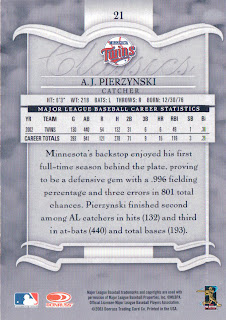 Thoughts: The silver border looks kind of dull on this card, since there's no foil or foilboard to make it jump out. Yes, I don't like foilboard, but thick, plain grey borders just remind me of an overcast day. And for those who complain about how tough it is to finish Topps Heritage, consider that with 4 SPs per box, this 200-card set with 100 SPs would take at least 25 boxes to complete with perfect collation. This isn't a bad release, it just blends in with other issues and can become easily forgotten.
Posted by Ryan G at 3:00 AM