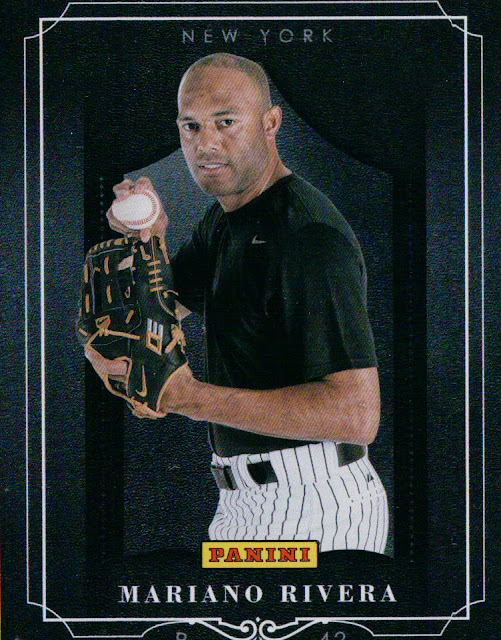 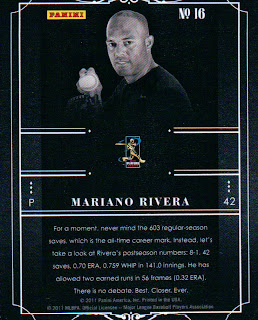 Design Notes: This is a black-background foilboard card set featuring the spokesmen and stars of Panini's sports product. Due to a lack of licensing, some players (such as Rivera, above) appear without any logos. The set is similar in design to several other Panini sets, with a two-lined ornate border around the photo.

Parallels and Similars: There are some autograph versions of a few cards from the set, and a Rookie set with the same basic design.

Distribution: Cards were sent to dealers in packs to be given away to customers purchasing Panini products.

Thoughts: I love free cards, though I actually picked this up in a card draft. The design isn't special, but the promotion was about the random hits. Lots of autographs and relics were included in the packs. I don't mind the lack of logos for the MLB players, though set after set of posed shots in t-shirts feels too much like a semi-pro league's attempt to look legit. I'm not a fan of foilboard in general, though this is a nice looking card. I miss the National Baseball/Trading Card Day promotions, though I doubt Topps would willingly combine their baseball offerings with Panini's since they still consider Panini to be bush league.
Posted by Ryan G at 3:00 PM